Graphics help clean up a high school recycling stream by 72%.

A high school in Toronto, Ontario had a basic recycling program consisting of blue bins next to garbage cans in classrooms, the cafeteria and hallways. The bins would become separated and students were not always using the bins effectively; garbage was often seen lying on the floor next to the bins. Compost was not collected in a separate stream; it was included in the waste.

So CleanRiver partnered with the staff to conduct a waste audit and as a result, suggested Transition® containers so the waste and recycling could be collected in the same container and not become separated. CleanRiver advised on the strategic location of the containers and custom graphics, branded with the school’s logo, let students know what went where. 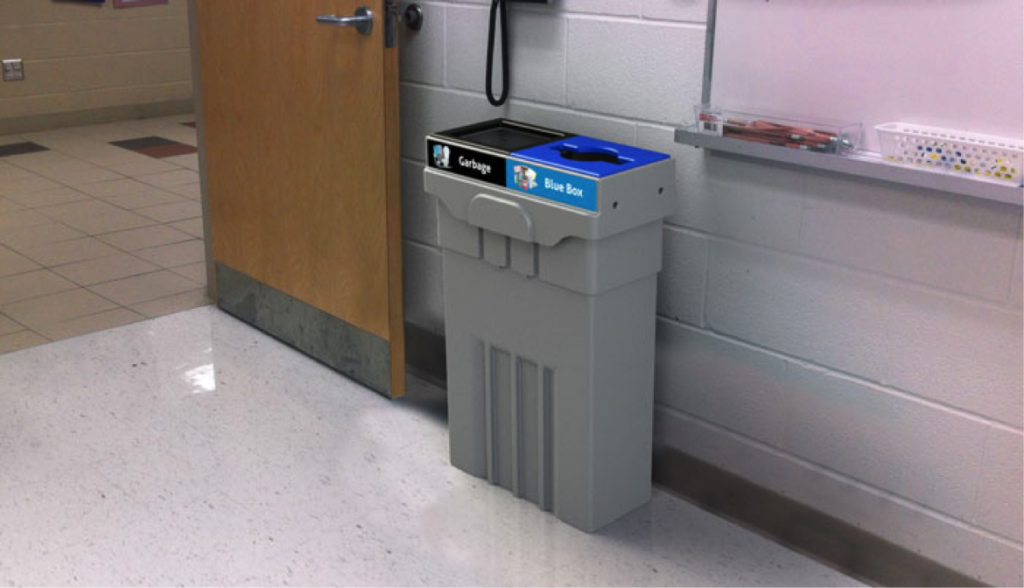 A follow-up waste audit was conducted two weeks after the new bins and graphics were installed. The results showed significant decrease in recycling stream contamination:

The school branding on the graphics made a positive impact on the students. The staff reported that they witnessed an increase in student collaboration due to the athletics logo being used on the bin graphics, promoting team spirit and school pride. The students wanted to do the right thing for their school and the graphics made it easy to make the right choice. This is also seen in corporate environments when branding of recycling containers is implemented.

The school’s ROI included the significant impact on our environment by diverting 20% more waste from landfill. Plus a substantial decrease in recycling stream contamination can positively impact waste hauling fees due to recyclables being a commodity. These savings can be reinvested into enhancing the education of the students by buying additional sports or IT equipment for the school.